The name Basselau is derived from the word hlau or burial ground of Bassa, who would have
been a local chieftain some time around AD 600. Bubeneli means the hyll or hill of Bubba. 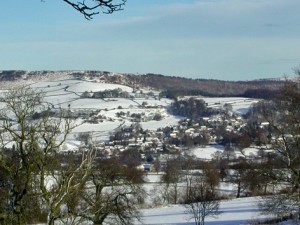 The site of Bassa’s burial must be in this photo, but we don’t know where. Bar road leads up to the Barr, or crest – i.e. Baslow Edge. 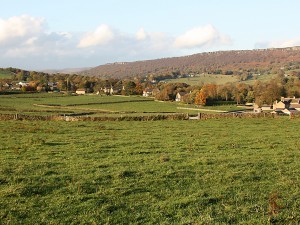 A view of Bubnell possibly from Bubba’s Hill. The centre of the hamlet used to be at the top end around today’s Bubnell Farm. 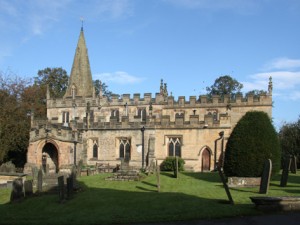 The church, originally a chapel in the parish of Bakewell, was first built in the 13th century. Many restorations will have altered its appearance completely. 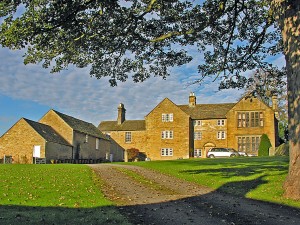 Bubnell Hall is probably the oldest dwelling house in Baslow and Bubnell, built about 1670. It may have replaced an earlier manor house.

After the Norman conquest the manor of Baslow was the property of various Norman courtiers, eventually falling to the Vernons and then the Dukes of Rutland. He finally gave up his rights with the sale of his remaining properties in 1920.

The Duke of Devonshire at Chatsworth have never had much to do with the village, except for taking over some of the land across the Barbrook when the Park was extended in 1823.