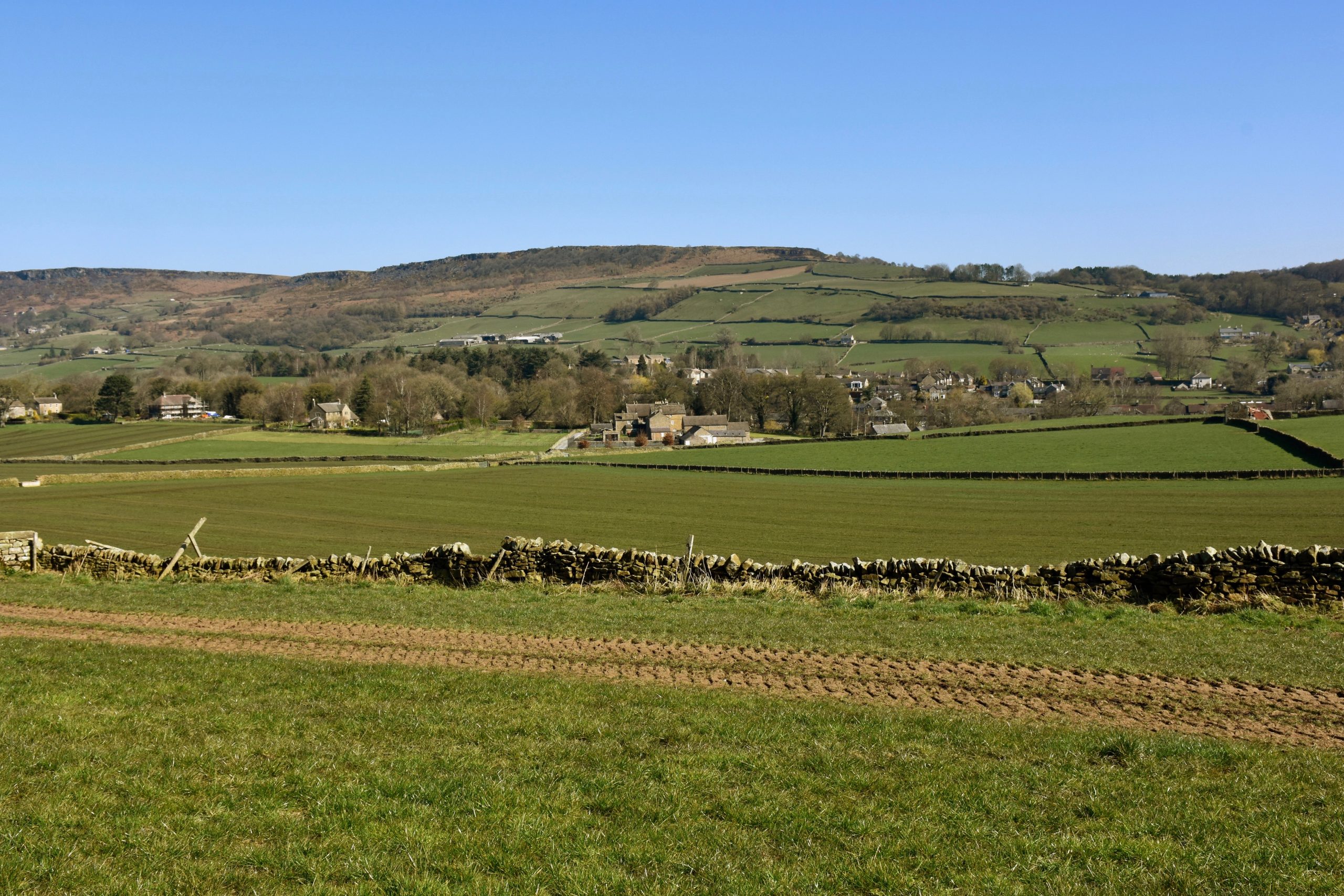 Baslow School and Curbar School have both received cheques for £247.60, which is part of a tradition dating back over 300 years, as David Dalrymple-Smith.

In the early 1600s a small endowed school was started at Stanton Ford, giving a free basic education to 10 children, four from Baslow and Bubnell, and two each from Curbar, Calver and Froggatt. Perhaps it was a companion to the Lady Manner’s School in Bakewell, which appeared at about the same time.

The building, regularly repaired and perhaps rebuilt still exists and is easily visible as the garage of Stanton Ford House, the only building at Stanton Ford between the road and the river. It was administered by the churchwardens of Baslow Church who were responsible for the maintenance of the buildings and the appointment of the schoolmaster. The last master, Edward Moore died in 1892. He was succeeded briefly by his aged wife, but it had to close in 1889.

In the late 1600s there was a spate of charitable giving which was recorded on the Charity Boards in St Anne’s Church. They were erected in 1720 at a cost of 2s 6d. They are still there today in the north west corner of the church, where you can read that:

Humphrey Chapman was one of eleven original donors. He was a resident of Calver, a yeoman who farmed and probably had some other trade. He was also well to do, not many at the time owned property.

As described in the entry above, the recipients of the gifts were:

·     The schoolmaster at Stanton Ford, whose living was precarious depending on the number of fee paying scholars and the income from the small amount of land attached to the school.

·     The curate – Baslow was a chapelry at the time, part of the large parish of Bakewell – would have needed supplements to his meagre stipend

For generations most of the charities survived under the supervision of the parish officials, especially those donated in land whose rent provided a reliable income. Some disappeared. In the early 1800s the Charites Commission was formed taking over supervision of all local charities and appointing trustees.  When the Stanton Ford school closed in 1889, they stepped in and formed The Baslow Charities.

The Baslow Charities are regulated by a scheme set up in 1889 and revised in 1898. There are eight trustees, including representatives appointed by Baslow, Curbar Calver and Froggatt Councils who meet annually. Its purpose is to manage the assets and distribute the income as required by the original benefactors and updated by the 1898 scheme.

The original assets  are listed in the 1898 Scheme, viz lands in Hartington, Weston and Pilsley, some shares in a Turnpike Trust and the (freehold of) the school house with land in Curbar.  In the 1929 rents were low and it was decided to sell the lands albeit at low price. Investment at the time was controlled by the Charities Commission which required that the money be invested in undated consuls (government bonds).

They were good for a reliable income, but vulnerable to inflation – in due course they were devastated.  The freehold of the house was sold in 1975 for £500 and the associated fishing rights rather later. This money was more substantial and still provides a reasonable sum for the schools.

In the early 1990s the Charities Commission at last allowed individual charities to control their own funds. The consuls were reinvested in the much more sensible Charities Official Investment Fund.

The Poor. In the early days before 1889 parish officials would have used the money as part of their regular duties. After 1889 coal was distributed to a select group of about 20 people; later the number rose to 30. In the 1930s the coal tickets stopped and postal orders given instead. In the 1980s it was realised by the Trustees that this process was not achieving the objectives of the charity. It was decided to give cash, £50-£100 at a time (now £300), to needy persons as and when the occasion arose, but it was and still is difficult to find appropriate recipients.

Baslow and Curbar Schools. Initially some of the money went to £5 “rewards” for pupils who stayed on beyond the normal leaving age. The rest was used to make payments of up to £1 for children’s “good attendance and progress”. The rewards soon stopped but the attendance money continued for generations. Past pupils will remember “School Pence”. The tradition continued with less adherence to the strict conditions until the 1970s in Baslow and 1990s in Curbar. Since then the money has been given to the schools with the instruction that it be used for “the benefit of the children”. Normally this has been for books or equipment. This year the cheques were presented for £247.60.

Who would have thought that the Baslow Charities would still be dispensing money over 300 years after Humphrey Chapman and his neighbours donated it to the clergy, the poor and the schools? Though the amount today may not be as significant as it once was, the historical link with the past is.